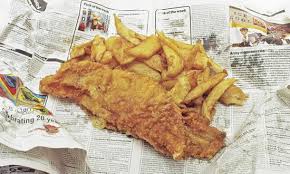 I have had a long love affair with the newspaper.  I love padding out in my dressing gown to find it somewhere in the garden; I swear at the plastic wrap because it’s taking too long to get into it; I love getting lost in it and looking up and thinking “Ye Gods- is THAT the time?”

But if there’s one thing that’s going to push me over the edge into digital newspapers it’s reading two-day old news in ‘todays’ newspaper.  Jonathan Holmes on Media Watch some time back mentioned that because the Age sold its printing works in Tullamarine, the newspaper is now printed regionally, going to press at about 4.00 p.m. of the previous day.

To make matters worse, most of the articles in ‘today’s’ newspaper have been published online the previous day.  As a result, I flip through the paper thinking ‘read it, read it, read it’.

But the thing that really annoys me is that their stories are obviously written days earlier.  Take this paragraph in Friday‘s paper:

Adrian Bayley, the man who raped and murdered Jill Meagher is expect to appeal his convictions and sentence for raping two women before he attacked the ABC staffer in 2012.

I can only assume, then, that this article was written on Wednesday.  I noticed some time ago that the Age started naming the day of the week instead of saying ‘today’ or ‘tomorrow’.  I assumed that it was to be more specific in an online environment, but when articles don’t appear for two days in the newspaper, it suggests that their definition of ‘news’ is no longer time-bound.

Then there’s the sloppy editing. I think that I could find five mistakes in every edition of the newspaper.  It wasn’t like that previously.

I suspect that all of this is intentional on the Age’s part to force people to read the newspaper online.   I don’t really like the Age’s app. I find myself swiping just to get onto the next story without reading the story that’s already there on my screen; I can’t remember anything I’ve read later, and I don’t have a sense of having finished the paper. Besides, sticky Vegemite fingers are not good for swiping screens.

Print-based media companies complain about the demands of the 24 hour newscycle,  and I acknowledge that it’s certainly changed the whole environment. But then they offer you news that’s well and truly fish and chip wrapping and you have to wonder how hard they’re trying.