Uplifting Quotes for the Uninspired Historian #8 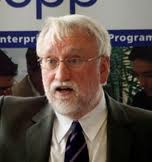 Ged Martin, in Past Futures:  The Impossible Necessity of History, Toronto, Toronto University of Press, 2004

The original  lectures from which this book derives were delivered as part of the  1996 Joanne Goodman Lecture series, conducted annually at the University of Western Ontario. However, the closing chapter of the book  reflects on September 11, which indicates that this written version is far more recent.

One of the themes that runs throughout the book is the nature of decision making in history and the historian’s task in reconstructing it at a distance:

...historians must not simply embrace with gratitude whatever survives from the past. Rather, the whole process of historical reconstruction is one of dialogue, between our questions and their answers.   Sometimes that dialogue requires some sharp interrogation on our part, since there is often a mismatch between our concerns and their evidence…

A related problem, especially for those studying the activities of government, is that while historians ask questions about ‘why?’, most official records were designed to apply answers about ‘how?’. (p.22)

In fact, ‘why?’ is not the right question:

Unlike computers, people do not face an infinity of choices , but are usually obliged to select from a finite range of available options.  The real task for historians is to locate that moment in time and account for the range of options on offer- in short, to ask ‘why when?’ and ‘why what?’.   (p. 85)

Every decision is a double decision, requiring us to ask first, ‘why when?’ and only then ‘why what?’. The operative second part is the action of saying ‘yes’ or ‘no’ to the available options.  The historical core is to be found in that crucial first part, the decision to take a decision.  We should begin by seeking to understand not simply why a decision was taken but when it was taken.  This helps us to appreciate why, at that time, some options but not others were available to those making the decision. (p. 93)

Far too often, historical analysis begins by pressing the pause button on a videotape of the past.  The historian traps the characters to be studied in the awkward attitudes of the moment, and proceeds to explain how they had come to relate to one another in that frozen past present.  We need rather to ask which of the characters captured on the screen contemplated some form of future, in the hope of recovering how they shaped their actions in the moment of their past present to meet those futures.  Were their perceived futures short-term or long-term in scope, optimistic or pessimistic in character.  Were they adjusting to the collapse of previous assumptions about the road ahead or coping with the sudden arrival of a destiny that had previously been perceived as only a distant possibility….

Such an approach means that historians must place less emphasis on explaining static moments in the past, an exercise that is in any case impossible, and more upon locating those events in a longer sweep of time.  In other words, we must approach the study of history by seeing past, present and future as a single continuum.  Only thus can we enter into the world view of the people we study, to recapture how they reached their yes/no decisions in response to the propositions that confronted them at that ephemeral instant when they too stood on the moving frontier between their own past and a future that they could rarely foresee but never ignore. (p. 147)