13 Minutes to the Moon continues. In Episode 6 Saving 1968 they look at Apollo 8, which was the break-through journey leaving Earth’s orbit and entering that of the moon, and travelling to the ‘other side’. Shame about the Bible reading on Christmas Eve though. In Episode 7 Michael Collins: Third Man they examine the career of Michael Collins, who stayed behind when the lunar landing craft sailed off into the darkness. Much of it is read from Collins’ autobiography

Today in Focus (Guardian UK) The Story of Grenfell United takes up the story of the survivors of the Grenfell Towers fire, two years on, who still feel that they have not been heard and that there will be other Grenfells.  It finishes with a ‘roll call’ of those who died, at a memorial ceremony. It’s chilling to hear how many of them have the same surname.

Revolutions Podcast Episode 10.5 looks at the life of Mikhael Bakunin, the ‘father’ of collective anarchism. He met Karl Marx before the 1848 Revolution, and hung around in similar circles. He was imprisoned for many years, then escaped to Japan and ended up travelling the globe before finally joining the International Working Mens Association. Episode 10.6 is very good, explaining collective anarchism. After abolishing the state, heredity wealth, the army, the police etc. a collective society would share the wealth amongst those who share the labour (i.e. no free ride here)

The Documentary (BBC) The Documentary has a series on language learning. As you know, I bumble along learning Spanish, and it was rather daunting to hear about  The Superlinguists: The Polyglots  who speak multiple languages – 15, 20 of them.  In The Superlinguists: Multilingual Societies they travel to India, which has a huge diversity of languages with people able to speak several, depending on purpose and audience, and Luxembourg where there are three different languages that children are educated in simultaneously and were people seem to be able to swap effortlessly between. How depressing. 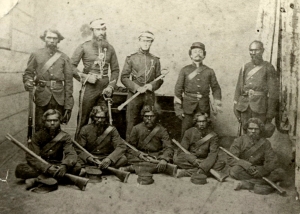