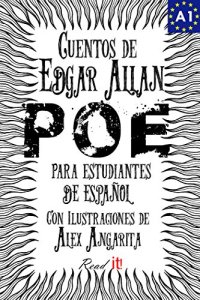 There’s a little test you can do of your language skill against the Common European Framework of Reference for Languages (CEFRL). “I’ll try that with my Spanish!” I thought, only to end up thoroughly deflated at the realization that I came out at level A1 – absolute, absolute beginner. Or as Wikipedia helpfully puts it:

He is able to understand and use daily expressions of very frequent use as well as simple phrases intended to satisfy needs of immediate type. You can introduce yourself and others, ask for and give basic personal information about your home, your belongings and the people you know. You can relate in an elementary way whenever your interlocutor speaks slowly and clearly and is willing to cooperate.

Well, on second thoughts, that’s about it.  Apparently this level takes approximately 100 hours of study and that would be just about right too.  (Actually, I’ve probably spent more time than that, so I must confess to being a laggard. I’ll blame my advanced age.)

So I downloaded Cuentos de Edgar Allan Poe for the princely sum of $2.04 AUD and found that, yes, it’s exactly the right level.  I had to look up about five words in each page, which was enough to keep me on my toes, but not so much that I felt overwhelmed.  I don’t know if the stories became simpler, or whether I improved as I went along, but it seemed that the later stories were easier to read than those at the start of the book.

It helped that I can’t remember reading any Edgar Allan Poe beyond, perhaps, in short story collections at school.  There were seven stories here: The Black Cat, Berenice, The Fall of the House of Usher, The Pit and the Pendulum, The Mask of the Red Death, The Facts in the Case of Mister Valdemar and Ligeia.  The whole book was only 68 pages in length, so each of the stories was relatively short. There were lots of deserted houses, ghostly women and glittering eyes and my favourite was probably The Pit and the Pendulum.  I did double check some of the stories in Wikipedia to make sure that I had actually understood them, and yes- they were abridged, but they captured the essence of the story with enough tension and mystery to make it worthwhile.

So, if you’re an absolute beginner too- this is $2.00 very well spent.