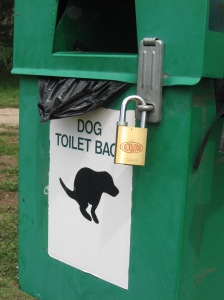 Posted in Life in Melbourne, Things that make me laugh

A day at Sills Bend

One of my favourite places to take a deck chair, picnic, glass of wine and good book on a warm afternoon is down to Sills Bend, beside the Yarra River in Heidelberg.  I’m a Heidelberg gal at heart, and down at Sills Bend I feel particularly close to the early settlers, including the Resident Judge Willis, whose rented property was on the ridge overlooking these river flats. As Alexander Sutherland was to describe it in 1888,

Heidelberg was scarcely a suburb; it was rather a favourite district for those who desire to have ample domains around their dwelling.  Until 1850 it was regarded as the distinctly aristocratic locality; the beauty of the river scenery, the quiet romantic aspect of the place, gave it an early reputation among the Melbourne men of means as the site for country residence – Alexander Sutherland Victoria and Its Metropolis 1888

The land that is now Heidelberg was offered for sale at the first land sales, conducted in Sydney. The fact that the sales were held in Sydney, meant that unless locals or their agents were prepared to travel up to Sydney, then most of the sales were to Sydney investors.  Thomas Walker, the Scottish investor, purchased several of  the available lots.  However, as is usual in land boom conditions, the estates changed hands several times in a short period of time.  And why wouldn’t they- prime land, water access through the Yarra, Darebin and Plenty rivers, and all within ten miles of the centre of Melbourne.

The river flats, with a good source of water were turned over to tenant farmers like Peter Fanning (1827-1905), who farmed the next bend of the river (Fanning’s Bend) , or subdivided from the larger estates and sold as small holdings to farmers like Mark Sill (1818-1885) who planted an orchard.  Several of the pear trees are still alive. 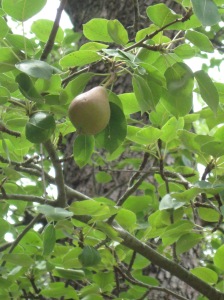 The gold rush had little effect on Heidelberg beyond stimulating market gardens and agriculture to supply the increased population moving to the diggings at Queenstown (St Andrews) and Warrandyte. However, during the 1860s there was a succession of ‘droughts and flooding rains’ that made sustainable farming very difficult.  As the agent for the Banyule Estate, James Graham wrote on 12 January 1865

I am quite concerned about the low rents from Banyule area the tenants are doing no good. What with this very dry season and rust and caterpillars, the crops are very poor indeed.  Fanning is both losing money and rent altogether and he has been at me several times to let him off the lease. He had worked hard poor fellow but I see and I know that he is losing money.  His wife is in very bad health, which helps to make matters worse.

The dominance of English-style estates around the Heidelberg areas means that there are quite a few stands of oak and hawthorn trees.  The oak trees down at Sills Bend are spectacular, with branches that reach right down to the ground.  There’s a little beach (very little) down on the Yarra bank 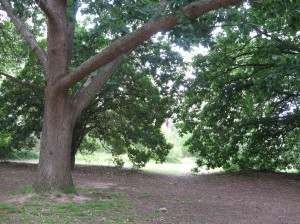 The small size of Heidelberg militated against the provision of infrastructure like water and rail, which in turn hampered growth.  It was really only with the Depression of the 1890s that the large estates began to be broken up.  Land subdivision progressed in a piecemeal fashion right up until the 1960s.

So, Melburnians, when you read of the “missing link” between the Western Ring Road and the Eastern Freeway, look very carefully at what is proposed when they start talking about the Bulleen option.  You might want to join me on the barricades.

Don Garden, Heidelberg: The Land and Its People