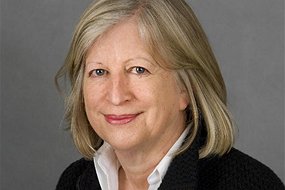 Strictly speaking, a  ‘festschrift‘ is a book of essays written by colleagues and students that is presented to an honorable person, generally an academic, during their lifetime. Well in this case, the collection of essays may come later in the form of a special edition of History Australia, because the main event here was a two-day celebration of Marilyn Lake’s career and writing at the beautiful 1888 building at the University of Melbourne. What a line-up! Even though I’ve only read a few of Lake’s works, and she wouldn’t recognize me at all, I couldn’t resist hearing such eminent historians responding to the wide range of issues upon which Marilyn Lake has written, held over two days in my own home town!

Marilyn Lake is an Australian historian whose work has spanned the homefront response to WWI (both at the time and recently), feminism and gender, and the White Australia Policy. Her book Drawing the Global Colour Line, co-written with Henry Reynolds, is a major contribution to transnational history internationally and here in Australia. She is a fearless public intellectual, most notably after the Age published an abridged version of the public lecture ‘The Myth of ANZAC’ that she delivered in 2009.  In the bitter and highly personalized response to her book, one angry male writer asked her “What have you ever done for Australia?” Well, this festschrift was a resounding answer – even if he wasn’t there to hear it.

Different speakers took various approaches to the festschrift task.  Some spoke about Marilyn herself and their own relationship with her.  Others engaged with her main academic interests and publications. Some spoke about their own research, and Marilyn’s influence on their own work. Others paid tribute to her as public historian, course convenor, research partner and supervisor. END_OF_DOCUMENT_TOKEN_TO_BE_REPLACED