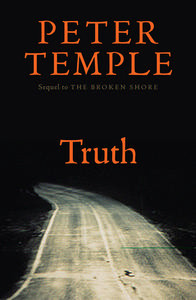 If this book wins the 2010 Miles Franklin award I shall be seriously disgruntled.

I enjoyed Temple’s The Broken Shore, which was long-listed for the Miles Franklin in 2006 and which I thought a subtle analysis of masculinity and aboriginality, wrapped up in a murder mystery.  This book lacks the nuance of the earlier book (to which it is tangentially linked) and instead reads very much like a film script.  Its sentences are short, almost monosyllabic and its descriptions read like a string of observational comments.  Conversations drive the narrative, often shooting back and forth like a ping-pong ball.  The masculinity that was so fragile in The Broken Shore is too macho here: the women are just props.

Temple establishes the Melbourne setting on the first page, when he backfills a little on the history of the West Gate bridge, and then alludes to the Black Saturday bushfires a few pages further in.   It felt clumsy and a little gratuitous.

I’m probably not the best person to read or comment on crime fiction.  Every Friday night Mr Judge and I settle down in front of the ABC for our weekly dose of crime, forensic science and forensic psychiatry (e.g. Wire in the Blood; Silent Witness; Body of Evidence etc. etc. etc.) I sit there and watch it unfolding before me and almost without fail half an hour later in bed, I’ll say “But I don’t get it- who DID it??”

Which is the way I felt at the end of this book.  Peter Temple has been quoted as saying “I hate things being spelled out” .  Don’t feel that way Mr Temple, spell away!  There were so many characters in this book, the plot-lines were so tangled,  too many themes were squeezed in- the last pages of the book just passed in a blur and once again I’m asking “But I don’t get it- who DID it?”

This entry was posted in Book reviews, Miles Franklin Award 2010. Bookmark the permalink.

6 responses to “‘Truth’ by Peter Temple”