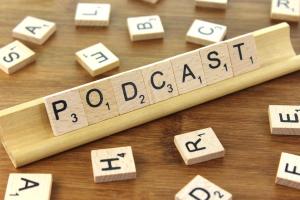 Heather Cox Richardson  Usually Heather Cox Richardson produces two hour-long videos each week. On Tuesdays, it’s her Politics and History  and on Thursdays she talks about American history, using the thesis of her recent book How the South Won the Civil War: Oligarchy, Democracy and the Continuing Fight for the Soul of America. Usually the two videos are quite different from each other, but this time there seemed to be more convergence between them. In her History and Politics talk of 28th April she examined   the myth of ‘voter fraud’ and voter suppression, the way that policies aimed at the poor are continually conceptualized as ‘communism’ and the question of why America does not have a universal health system. In her History video on 30 April, returning to her thesis that American equality depended on there being someone (i.e. blacks, Native Americans, women, Latinx) who was unequal,  she looked at the fightback by whites after Reconstruction in terms of voter (de)registration and suffrage, where white women clamoured for the vote to support their white men. She ended up talking about popular culture in the 1930s-40s (books, film etc.) etc and how they fed (and continue to feed) into the view of Americans as individualistic, government-hating, yearners for a pre-Civil War past. Gone with the Wind gets a serve and so too does Pa in Laura Ingalls Wilder’s Little House on the Prairie series.  (The sound is distracting on these two videos- obviously Facebook has changed something because my Spanish teacher is also having problems with Facebook Live)

Doggerland Having just finished Julia Blackburn’s Time Song, I’ve been listening to a few podcasts about Doggerland, the now submerged plain that joined UK with Europe. Dan Snow’s History Hit has an interview with Simon Fitch, the author of Europe’s Lost World: The Rediscovery of Doggerland  from June 13 2019 which can be accessed here. The BBC’s Books and Authors interviewed Julia Blackburn and Ben Smith, who has released a near-future dystopian novel Doggerland which you can listen to here.  Meanwhile, Melvyn Bragg interviews Vince Gaffney Anniversary Professor of Landscape Archaeology at the University of Bradford; Carol Cotterill Marine Geoscientist at the British Geological Survey and Rachel Bynoe Lecturer in Archaeology at the University of Southampton on In Our Time – Doggerland.

99% Invisible. When a huge shopping mall was built on the site of the old Rhode Island State Prison, artist Michael Townsend watched its construction on his daily run. He noticed a small space that was left accidentally as the building was fitted out. When another shopping mall was built in his own neighbourhood, he and his friends decided to possess The Accidental Room as their own space – for four years!

History Extra  During the shutdown,  I completed Future Learn’s 3 week course on The Scottish Highland Clans: Origins, Decline and Transformation. Afterwards, I listened to Professor Tom Devine (whose work I have enjoyed before) talking on The Scottish Clearances. He pushes back against writers who see this as a form of genocide, instead conceptualizing the clearances as part of a wider capitalist change.