Article: ‘The Snub:Robert Menzies and the Melbourne Club’ by Sybil Nolan

I enjoy reading essays and articles and so I’ve decided to briefly review them here. My criteria for selection is that they are available online, either freely or through membership of one of our State Libraries (in my case, the State Library of Victoria). Membership of a State Library is free, and it often gives you access to online journals that you would not otherwise have. Not the most recent edition, admittedly, but free nonetheless. 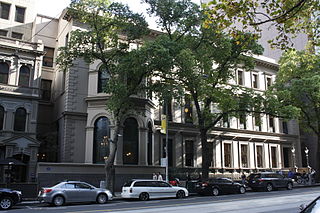 Ah- don’t mention the war! Because, even though Menzies’ name was put forward as a “clubbable” chap in 1939 after he became Prime Minister, he demurred. In the invitation letter, one of the club’s oldest members said that Menzies should have been invited years earlier “but three or four returned soldiers kept up the always stupid yowl and I couldn’t propose to a man in your position to take a sporting risk.” Menzies had not served in WWI (he was at university, and two older brothers went to war) and in the post-war years, the Melbourne Club did not admit men who had ‘shirked’.

But as Nolan points out, there are other forces at work too. A number of Melbourne Club men, along with the Argus newspaper, had campaigned to clear the way for anyone but Menzies – favouring instead Richard Casey- to rise to the position of Prime Minister. Menzies had been at the head of a group of conservatives called the Young Nationalists, and many Melbourne Club men disapproved of his thrusting political style and his appeal to the middle class. The fact that he had not served in WWI was yet another reason to spurn him, even though in popular memory today Menzies seems to typify Empire Loyalty.

Still, perhaps it was just as well. As Nolan points out, being a member of the Melbourne Club would have sat at odds with Menzies’ ‘Forgotten People’ speech, which appealed to the middle class and is still cited by members of the Liberal Party today. And Richard Casey didn’t miss out- he ended up being Governor General.

This entry was posted in Australian history, Essays and articles. Bookmark the permalink.

One response to “Article: ‘The Snub:Robert Menzies and the Melbourne Club’ by Sybil Nolan”