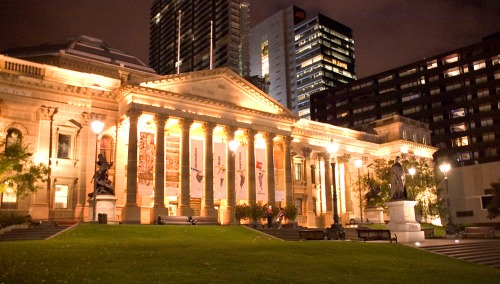 Ah…Number 96.  The September 2015 (No. 96) edition of the State Library of Victoria’s La Trobe Journal was a special edition focusing on Victoria and the Great War.  It is edited by John Lack and Judith Smart, both noted scholars in the field of social history of World War I. The very good news is that is is available for free online at the SLV site!

Fittingly, the collection starts  right at the beginning of the war with Douglas Newton’s article ‘”We have sprung at a bound”: Australia’s leap into the Great War July-August 1914’. He argues that rather than Australia being requested to assist the Mother Country,  it was the dominions, including Australia, who rushed with their offers of assistance to a Britain that had not yet conclusively made up its mind to embark on the war. The volume closes with Bronwyn Hughes discussing the stained glass windows found in many of Victoria’s churches.

These two articles form the chronological bookends for a number of chapters discussing different aspects of World War One as experienced in Victoria.  Judith Smart’s chapter ‘A Divided national capital: Melbourne in the Great War’ focuses on Melbourne as the capital city of Australia at the time, as the Federal Government was not transferred to  Canberra until 1927. Kate Laing’s chapter discussed two women’s organizations that emerged during the war: the Women’s Peace Army which, as the name suggests, undertook a more militant approach and the Sisterhood of International Peace, which set its sights on the desire for peace after the war had concluded. Rosalie Triolo traces through the attitude towards Germany that was promulgated through the School Paper, the monthly publication distributed to children as supplementary reading material by the Education Department.  Bart Ziino’s chapter picks up on the current interest in emotions as a historiographical approach as he examines ‘War and private sentiment in Australia during 1915’, a year that saw families confronting the deaths from Gallipoli and the Western Front that sobered the initial euphoria over the declaration of war. Jillian Durance looked at the military band and its use in the military funeral for Major General Bridges. It was a first for many reasons: he was Australia’s first military commander to die on ‘active service’; his body was returned for a State funeral in Melbourne as capital city and final re-burial at Duntroon (a very rare occurrence, despite the wishes of many bereaved families); and it was the first time that an Australian cathedral was the scene of a national funeral service for an Australian general killed in war. In her chapter, she hones in on Ray Membrey, a member of the Showgrounds Camp Band, which performed not only at the funeral, but also as entertainment for the first wounded soldiers repatriated to Australia.

My favourite chapters were those that looked at the war through individuals. Joy Damousi chose John Springthorpe as her focal point, the prominent physical, reformer and public intellectual, whose memorial to his wife I wrote about here.  She discusses three instances where Springthorpe stepped into the public limelight to publicize aspects of the war. The first was his denunciation of the Red Cross’ handling of supplies to Egypt in 1915, drawn from his own eyewitness experience and for which he was himself criticized for publicizing. The second was his commentary on the medical treatment of soldiers on the battlefield and his early recognition of shell-shock, and the third was his vocal campaign for conscription.

I enjoyed Catherine Tiernan’s chapter ‘In Search of Stroud Langford’, a man whose family home – remarkably- was the very house that the author had purchased the previous year.  Starting from the war service records, the chapter does have some family history hallmarks, but in the absence of any personally written narrative, she has had to research his story through the experience of other men who did leave records.

The absolute stand-out chapter for me was John Lack’s ‘The great madness of 1914-1918: families at war on Melbourne’s eastern and western fronts’.  Here the author takes two families: James and Edith Lewis from 41 Kooyong Rd Armadale, and Tom and Eliza Purcell from 21 Berry Street Yarraville.  The Lewis’ war is told through a number of memoirs written by Brian Lewis more than 60 years later, and the Purcell’s story is told through the diary of Thomas Purcell, written between 1915 and 1920, now kept at the State Library of Victoria.  Between these two families, Lack explores issues of class and religion in the response to the war.  It’s a terrific chapter: human and insightful.

Many of the contributors have appeared in different fora over the past few years. So, if you’d like to attend a seminar on World War I in Victoria without moving from your computer chair, find the journal online at the State Library’s site!

This entry was posted in World War I. Bookmark the permalink.