Yet another day in Sydney

This time, walking up to the university from my hotel. 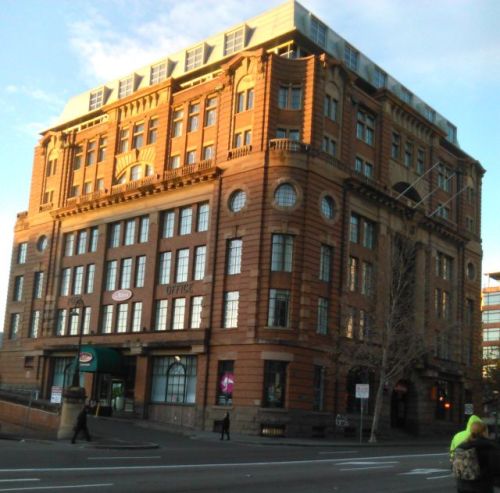 This is ‘home’ for four days. The site housed the Sydney Benevolent Society Asylum between 1821 to 1901. From 1913 it operated as the Parcels Post Office until the mid 1960s but fell into disrepair for an extended period. It was sold for conversion to a serviced apartment complex in 1997.

Hey- look at this building! It’s covered in greenery although by night it has a rather tacky illuminated panel suspended from the building. But if they decide that they simply have to build a high-rise on the top of Heidelberg Hill in Melbourne, perhaps they could aspire to something as striking as this.

From a distance, there is a green fuzz on the side of the building 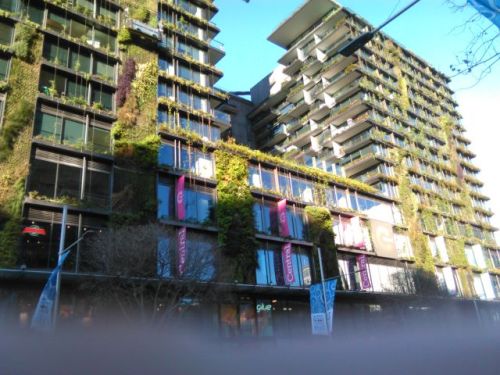 Closer up you can see the plants growing on the walls. 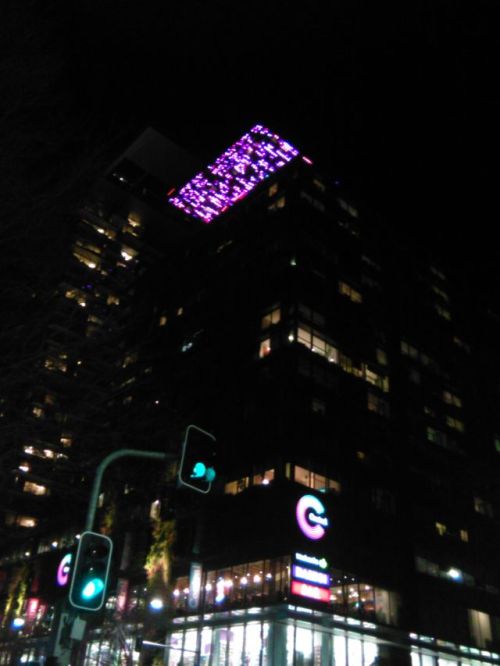 At night there is an illuminated panel that bridges the two towers. Love the building, but not too sure about the fairy lights.

It looks better from inside the building.  You can look up through a glass atrium.

I took this from inside the building, looking up through the glass atrium

I wonder what this building used to be? It looks like a power station perhaps? No- I asked a Man in a Hard Hat, who I figure would know.  He said it was a brewery. But it seems that it, too, will be turned into apartments. 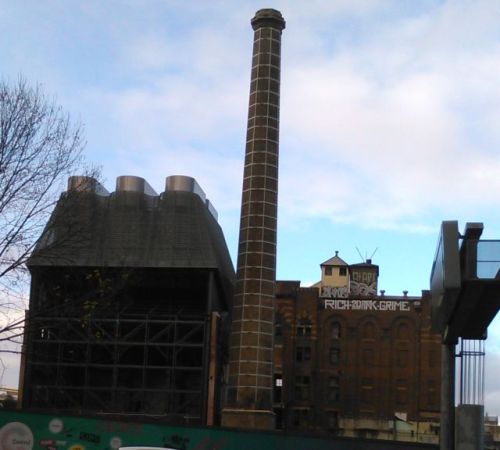 The university fronts onto Victoria Park, which has an outdoor swimming pool. None of that mamby-pamby indoor pool stuff for these swimmers!

2 responses to “Yet another day in Sydney”