‘The Past Matters’ at Montsalvat

Up to Montsalvat on Saturday 27th July for the 10th Past Matters Festival. This festival, convened by the Eltham Bookshop and the Nillumbik Reconciliation Group with funding by the Nillumbik Council,  has  now been joined by Montsalvat, with Australian Book Review and the Australian Indigenous Studies Program at the University of Melbourne as well.

The festival started on the Friday night at Boyd, the newish community centre located in the old J. H. Boyd Girls High School at South Melbourne (I refuse to call it Southbank). 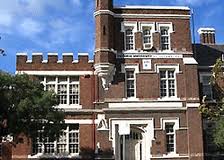 Martin Thomas,  ANU researcher and the winner of the Calibre Prize 2013,  was the speaker ‘in conversation’ with Morag Fraser and Peter Rose.  His essay, a worthy winner,  is available here, from the ABR site.  It’s an essay that interweaves two stories of ‘finishing up’: the first, the story of ‘Wamud’, an Old Man who has since died and hence is identified only by his skin name, and second, the story of the repatriation of the bones appropriated by the Smithsonian Institute as part of the American-Australian Scientific Expedition to Arnhem Land in 1948. Thomas explained that his interest in this exhibition (an interest now funded under grants by the Australian Research Council) was piqued by his earlier work on R.H. Mathews, the 19th century self-taught anthropologist and the subject of his biography The Many Worlds of R. H. Mathews (2011)  which won the National Biography Award in 2012.

If R. H. Mathews was a 19th century autodidact anthropologist, then Charles Mountford was another one, this time from the 20th century.  Much of Martin Thomas’ presentation (as distinct from the essay) focussed on the American-Australian Expedition, proposed immediately following the war and championed by Arthur Calwell as Minister for Information in the post-war Labor government as an alliance-building exercise with the US. The expedition was large, comprising 16 people all up including anthropologists, scientists and photographers, and it generated a high media output.  As might be expected, political tensions arose, but not so much between researchers and traditional owners, as we might expect today.  Instead it was an academic and especially anthropological rivalry. There was the background tension between Mountford and the dominant A. P. Elkin who derided Mountford’s amateur status when the expedition was even being considered. Then there was tension between Mountford and the researchers who accompanied him on the expedition, archaeologist Frederick McCarthy and American Frank Setzler, Head Curator, Smithsonian Institute. It was Setzler who was responsible for the appropriation of the bones by the Smithsonian Institute- and it is the repatriation of these same bones described in Thomas’ essay.

Then- Saturday up at Montsalvat, the artists’ colony at Eltham.  Have you been there? It’s a working colony during the week, but open to the public on Sundays between 9.00- 5.00.  It’s all rather strange: Disneyland/Camelot meets The Bush, but quite beautiful.

The first speaker was Alexis Wright, whose book Carpentaria won the Miles Franklin prize in 2006.  It surprised me, actually, that it has been seven years since her last book.  That has been remedied by the recent publication of her new book, The Swan Book, released recently.  So recently in fact, that no-one beyond Morag Fraser, who was leading the session, had read the book, and I think that Alexis Wright herself had not yet found the spiel that no doubt is brushed off for every literary festival and reading event.  It must be hard, at first, to reconnect with a book that was completed, in this case, before Barak Obama was elected President.  I’m sure that a writer finds the book anew and perhaps even with a sense of detachment, once they’re asked to explain every nuance.

The book is set in the future in the north of Australia, with the Aboriginal people still living under the Intervention in an environment ravaged by climate change. From what Wright said about the book, it seems to draw on many of her passions: the issue of governance in the Northern Territory, climate change, Aboriginal politics, language, violence and change.  I was interested by her description of the ‘lightness’ in Aboriginal humour and I’m looking forward to reading it.  I think that Carpentaria is one of the most important Australian books released this century.

Then Tony Birch, whose books Shadowboxing and Blood I have reviewed on this blog.  He’s a writer I admire: the coexistence of vulnerability and violence in his depictions of masculinity; his consciousness of place and his explorations of the multiple facets of identity.

He spoke about the interweaving of his own autobiography into his work (most particularly Shadowboxing), but the need for events – even those that have happened in real life- to make sense within the novel.  He spoke about writers having to have an ethical belief that could be summarized in one sentence.  I started thinking about what mine is (especially as a biographer) : ‘do no harm’? ‘be true to the sources?’ ‘don’t say anything that I wouldn’t say to my subject face to face?’.  But all of these are rather self-limiting admonitions.  I like the one he has devised for himself much better, and think I might adopt it as my own:  ‘do not misrepresent’.

And finally, Martin Butler, one of the producers of First Footprints- the brilliant documentary currently showing on the ABC.   The impetus for the series came from his awareness when filming his earlier documentary ‘Contact’, that there is a whole untold archaelogical, anthropological, scientific and cultural story about Aboriginal possession that is unknown to Australians. 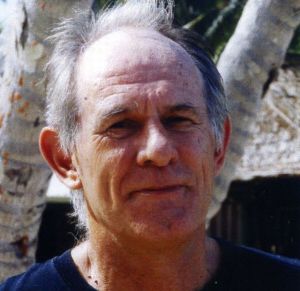 The series was filmed with just two of them-  himself and Bentley Dean- armed with a HD video camera worth about $9000.   This light-weight, portable equipment enabled them to move fast, to scramble to places that would be otherwise inaccessible (and indeed, in the case of the caves underground were inaccessible now even to their elderly Aboriginal guides)  and  to set-up quickly to capture the conversations about the site that happened immediately on their arrival.  He spoke of the sense of privilege that he felt at being granted access to places otherwise only reached by helicopter and with local permission.  Most importantly for me, he said that he had hoped right from the start that people- both black and white- would feel proud of the story, and that it might be a fillip to Reconciliation.  Amen to that.

One response to “‘The Past Matters’ at Montsalvat”