One of the frustrations that I’ve faced in trying to understand Judge Willis has been to try to understand his mindset. Why did Port Phillip society of the time find him so unacceptable and demand his dismissal? Was he too radical? Was he too conservative? Was he neither of these things? This book focusses on early Victorian England which, although a hemisphere away from Port Phillip, was the milieu that informed the thinking of colonial judges and civil servants and was the lens through which their patrons and superiors back in the metropole viewed their actions.

In this book, Roberts attempts the heroic in trying to define and illustrate the workings of an unnamed-at-the-time set of varying beliefs and attitudes which he, along with other 20th historians, identifies as ‘paternalism’. He argues that, bolstered by Romanticism and literature, paternalism reached its apogee in 1844. It’s a slippery concept, though, despite his attempts to pin it down through analysis, for example, of the backgrounds of the contributors to the major ‘paternal’ journals and quarterlies of the day, or by the speeches and voting patterns of ‘paternalist’ MPs in the 1840s. He divided these parliamentarians into 6 categories: the Romantics, The Peelites, The Churchmen; the Country Squires; The Whigs and the Anglo-Irish, but even he admits that there is no consistency between their espoused position in speeches, and their actions. Paternalism, it seems, is only one of several influences. In fact, his concept is so hemmed in by qualifications and disclaimers that you start to wonder if what he is describing exists at all.

But, despite his difficulties in defining it, he posits that after 1848 ‘it’ was no longer functional: rendered less relevant by the rise of urbanisation, a self-conscious middle and working class and the mid-century intellectual developments of science, rationalism, empiricism and belief in progress.

I’m not sure that this book has taken me much further in understanding Judge Willis. It’s interesting that his major patrons are categorized as either Peelites or Whig paternalists- but I’m not really sure yet what, if anything, that means.

The residence of the Resident Judge has, for some months, been under a vermin attack. Last year it was the mice, then -worse still- the rats in the ceiling.  A couple of weeks ago possums took up residence in the roof. Exterminators and removers have been called, and the place SHOULD be vermin free.

A couple of weeks ago, I noticed a chewed banana on the kitchen floor.  I thought that one of our four FOX TERRIERS (supposedly renowned for their vermin-chasing propensities!) had brought it in.  A little later, I noticed that after I had used half a banana on my cereal in the morning, the other half had been eaten while still in the fruit bowl.  Alert now, AND alarmed, I started to scrutinize the fruit bowl more carefully. Yes- the tops of pears had been nibbled; whole bananas would be eaten leaving the empty skin still attached to the others in the hand; bananas would be taken out of the bowl and left on the bench. 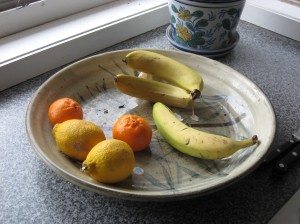 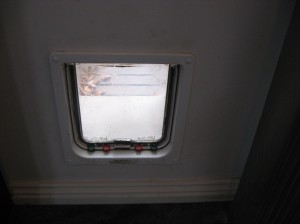 Could they be getting in through the doggie door? Well, maybe…. so I’ve taken to locking it. The first night I locked it so that they could get out but not come in (lest they already be here in the house).  At 1.30 a.m. I could hear them bashing at the door.  After a brazen banana heist that night, I took to locking it completely- no ingress or egress! I’ve tested it- they can’t be getting in through here. But at 5.00 a.m. this morning they were back… 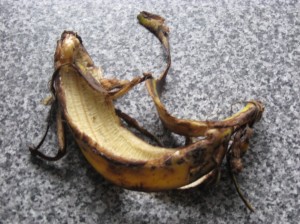 How are they doing it? The dog door is locked.  All the cupboards are shut- and I can’t believe that they’d shut the cupboard doors after them (after all, no-one else in the house does).  The airconditioning and central heating vents have not been disturbed.  The dogs are not sniffing anywhere.

My daughter’s room has a sliding door, is locked and has no visible space under it.  The bathroom and toilet don’t seem to have any visible sign of entry. There’s just one room…at the end of the passage.  My only subscriber knows what’s behind the door. COULD they be squeezing under the door and getting in from there???

So here we are: flummoxed by a possum.  I have taken to leaving some banana outside on the porch, but last night it REJECTED it!! Self-serve, it seems is the way to go.

Posted in Life in Melbourne