‘The Arsonist: A Mind on Fire’ by Chloe Hooper 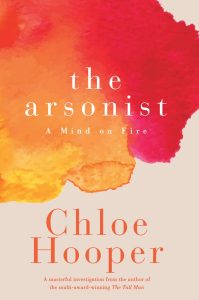 This book was awarded the Judges Special Prize in the 2019 Community History Awards announced during History Week last year, which surprised me a little.  Not because it’s not a worthy recipient – it is – but I hadn’t thought of it as ‘history’ as such, although of course, one day it will be.  After all, journalism has been described as “the first rough draft of history”.

However I see this book more as journalism than history.  It explores the police case and resultant trial of Brendan Sokaluk, the man found guilty of intentionally lighting the Churchill fires on Black Saturday 2009.  I happened to read it in January 2020 during our summer of smoke (we haven’t yet coined a name for it, perhaps because we fear that the worst is yet to come).  The Murdoch media was (incorrectly) proclaiming arson as the major cause of the fires that have ravaged our east coast this season. However,on Black Saturday in 2009 – which I wrote about at the time here and here– there was a case of arson and it is explored in this book.

The book is divided into three parts. Part I ‘The Detectives’ follows the arson-squad detectives,  dispatched to Churchill while the appalling toll of 173 deaths from the Black Saturday fires was still mounting.  Here we very much see the fire’s immediate impact on both the environment, and on the people who faced it. The detectives inspect the site, they question Churchill residents, and the name ‘Brendan Sokaluk’ keeps arising. When they interview him, they suspect that they are being played, and that he is feigning incomprehension.

Part II ‘The Lawyers’, focuses mainly on the defence lawyer, Selena McCrikard, whom Hooper thanks in her acknowledgments for “her trust”.  Other workers at Victoria Legal Aid, are also thanked “for their time and candour”. Selena McCrikard, like the police, was not sure about Sokaluk’s intellectual capacity, and as part of her defence she uncovers a delayed diagnosis of autism, and a long and sad history of isolation, bullying and disadvantage. Brendan lives in his own squalid house, but his parents have tried to help him to be independent. He had worked in the gardening section at the local university, but his workmates distrusted and disliked him. It’s a pretty threadbare life.

Any sympathy evoked in Part II is put to the test in Part III ‘The Courtroom’, three years after the fires. Parallels spring to mind with Helen Garner, who has written several books based on court cases, but Hooper keeps her distance here, instead of writing herself into the story as Garner often does.  It is interesting to see fire expert Dr Kevin Tolhurst, who has appeared on our televisions and in our newspapers over the last few months, being hung out to dry in the court. The case lasted 23 days, and the jury deliberated for three days.

The book closes with a coda, when Hooper returns  to Churchill.  This is the second time she has been there, having visited it just a few days after Sokaluk was arrested. Returning to it after 2017 she found that the Hazelwood power station, the main employer in this economically depressed area, had been decommissioned after a series of suspicious fires had burnt the coalmine in 2014.  She closes her book with a reflection on fire and climate change. Arson cannot be stopped entirely, and “warmer summers in a changing climate will provide more opportunities for those drawn to lighting fires” (p. 240). The pylons that stretch from the LaTrobe Valley across Victoria, she notes, feed an electricity grid that was responsible for more deaths on Black Saturday than Brendan Sokaluk’s fire.

This is an elegantly written book, conveyed without the mental anguish and ethical turmoil that marks the work of Helen Garner, another non-fiction writer drawn to writing about crime and courthouses. Hooper does not try to pathologize Sokaluk: she leaves that to the courtroom experts.  Neither does she minimize the effect of Sokaluk’s actions on the people of Churchill. Instead, she leaves us with Shirley, who lost both her sons in the fire.  As in her earlier book, The Tall Man, Hooper peels back the layers of contemporary Australian society, and reminds us  – as if we have needed reminding this summer- that fire will continue (and even more) shape our view of ourselves as Australians. 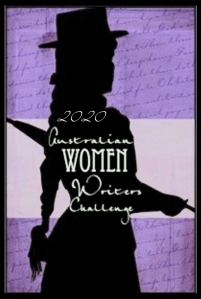 2 responses to “‘The Arsonist: A Mind on Fire’ by Chloe Hooper”